Clever IT Becomes Official IT Provider of the Calgary Canucks 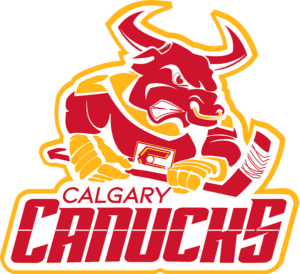 “The Calgary Canucks are very pleased to be teaming up with Clever IT,” says Mark Stiles, Sponsorship Lead with the Calgary Canucks. “Moez and his staff at Clever IT are a full scale technology support provider with an excellent reputation. The Canucks are grateful to have them as a key strategic partner,” Stiles says.

This partnership is a natural fit for Clever IT, as they are a leading provider of innovative IT solutions in Western Canada. As the Official IT Provider of the Calgary Canucks, Clever IT will be responsible for providing cutting-edge technology solutions that will help the team compete at the highest level.

“We are thrilled to enter into this partnership with the Calgary Canucks,” said Clever IT Director of Technology, Moez Tharani. “As a proud Albertan company, we are committed to supporting local organizations like the Canucks who are working hard to build a winning culture in our city.”

Founded in 1971, the Calgary Canucks are one of the most storied franchises in Canadian Junior A hockey and are the second oldest franchise still operating in the Alberta Junior Hockey League. With 11 regular season titles, nine AJHL championships, 2 Doyle Cup titles, and 1 Centennial Cup national championship, the Canucks are perhaps the most successful team in league history.

Clever IT is a team of information technology professionals who are passionate about helping businesses overcome challenges and achieve their goals. Whether it’s implementing new technologies or providing expert support, they are always ready to lend a helping hand. The Clever IT team is made up of talented individuals who share a commitment to excellence. They work closely with their clients to understand their unique needs and provide tailored solutions that deliver results.

Clever IT, Director of Technology

PrevPreviousYou Need to Watch Out for Reply-Chain Phishing Attacks

Clever IT Becomes Official IT Provider of the Calgary Canucks 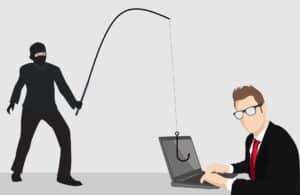 You Need to Watch Out for Reply-Chain Phishing Attacks

Phishing. It seems you can’t read an article on cybersecurity without it coming up. That’s because phishing is still the number one delivery vehicle for cyberattacks. A cybercriminal may want to steal employee login credentials. Or wish to launch a ransomware attack for a payout. Or possibly plant spyware to steal sensitive info. Sending a

Clever IT September 30, 2022
About
We use artificial intelligence to deliver stellar support to our clients. With our unique app architecture, our clients can contact us through their desktop, mobile device or tablet with ease.
Clever, right?
Services